While I was out grabbing some groceries, I found this awesome pink citrus EOS set. I believe this is part of their Spring Notes line . The store I was shopping at also had a coconut balm and hand cream set as well . But maybe next time , as I really wanted to try this pink grapefruit one . Plus this will be the first time trying an EOS brand hand cream .

I’ll go ahead and post the back of the package too so you all can see the ingredients . It does contain quite a bit of citrus juice so if that is an irritant I would use with caution. 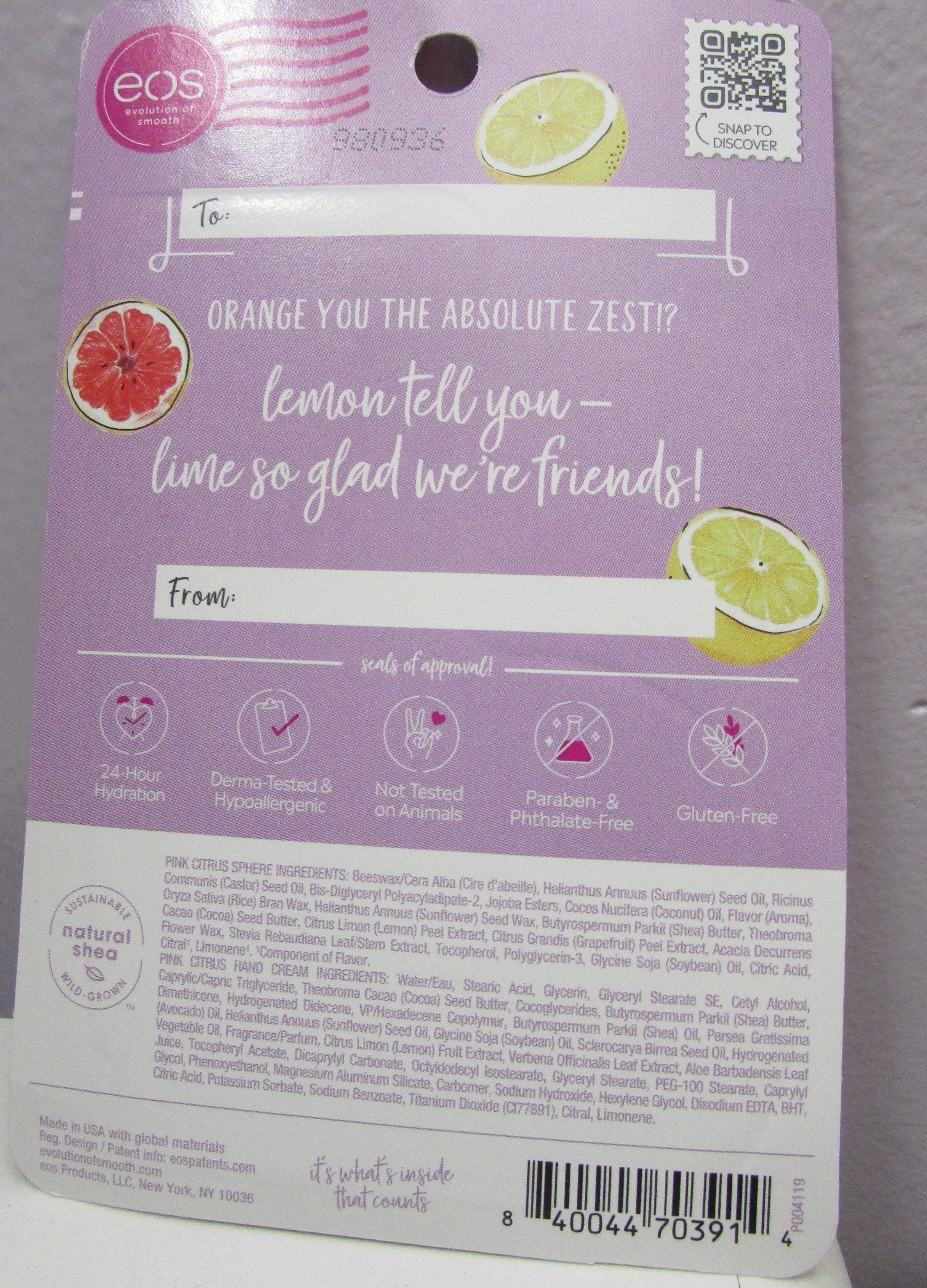 So first thing is the fragrance of this lip balm reminds me of pink lemonade and candy, maybe strawberry starburst mixed with lemon. Overall I really liked the scent. It went on smoothly and seems to be keeping my lips from getting chapped . The only downside I noticed was that this particular balm can make your lips sting if you have any small cuts. I think this was due to the citrus extracts, but I would caution anyone who is sensitive to citrus when using this.

The hand cream has a bit more of a soapy citrus smell rather than a candy one like the balm. Its still very nice though and the lotion doesn’t make my hands overly oily. I don’t use lotions too often, as I usually just use straight coconut oil , but this is a nice less oily alternative. I only use a small dot for my hands but that seems to do the trick.

I do like this set , but I think I would’ve rather had a second lip balm like in the other sets I’ve bought before. But it was definitely worth trying the new pink citrus flavor. Its definitely a nice change from the melons I’ve been using . Let me know in the comments if you’ve tried any new flavors of balms recently.

I’ve been a fan of bright makeup since I was a teen. Blue and purple lipsticks are by far my favorite so you’ll see quite bit of them reviewed here .Along with the occasional hair dyes too View all posts by oliveunicorn